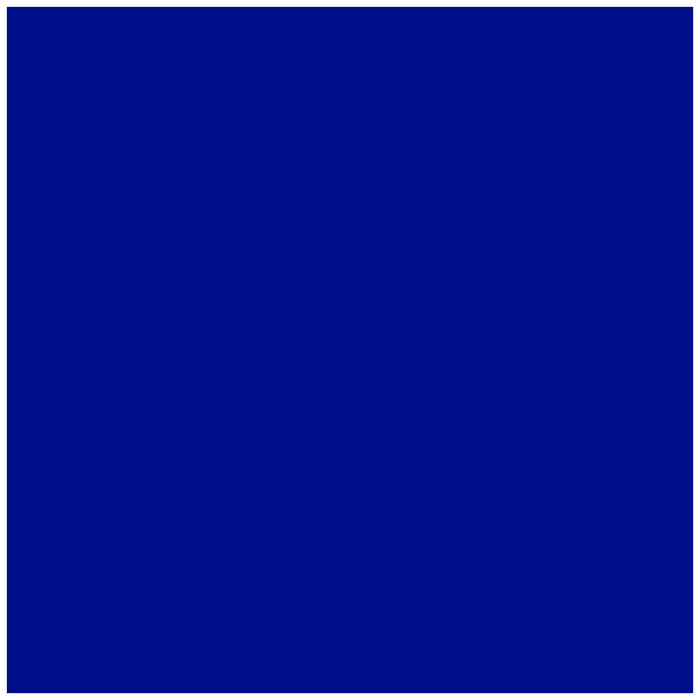 For the first time on a physical format, Psoma Psi Phi offers up a complete collection of the first "season" of thirteen deep ambient Thalo Blue recordings. These pieces were originally issued one at a time, the first being released in March 2019, and were published with zero biographical information or provenance. They were made available only as digital downloads at the Thalo Blue Bandcamp page ( 000f89.bandcamp.com ) and only now have been assembled into a definitive release. Preferring to show and not tell, Thalo Blue seems to be a generative process that transfigures television broadcasts into lush ambient sound, and while we were able to make contact with the mind(s) behind Thalo Blue (and its sister project, Thalo Green) and officially license this edition, we have been asked to respect the agency of the artist and refrain from any further discussion about who they are, where they're from and why they've made these recordings.

Musically, the Thalo Blue recordings sound oceanic, with swells of watery chords soaked in dark reverberation, ebbing in and out of gentle washes of white noise. They bring to mind some of Eno's early work such as On Land, albeit much more elongated and abstract, in the way that they seem to paint scenes and locations with a minimum of information. The sounds shift through many different sections of varying color depth, sometimes sounding like organs, other times resembling gusts of wind, with some moments even implying things like human voices, whale songs or orchestral instrumentation.

They are a direct contrast from the Thalo Green recordings, which are far longer in runtime, and more monochromatic in their range, and the most distinct difference is that while Thalo Green's pieces are titled only with dates, Thalo Blue's pieces all bear very vivid names, all of which seem to evoke the natural world, the elements and even specific locations such as Mount McKinley in Alaska - notable for being the highest mountain peak in all of North America.

It is our sincere hope that Psoma's re-publishing of these recordings will bring them to a wider audience that we feel will truly benefit from their effects, both long and short term, and this hope is equaled by another, that the mind(s) behind Thalo Green and Thalo Blue will continue to record new music in the future.