The Hour of Power

by Dolphins of Venice 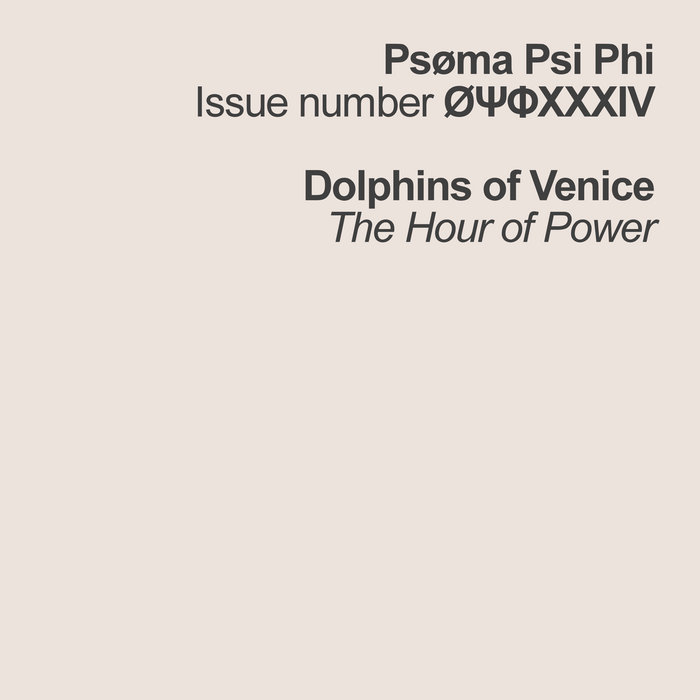 After months in the deep-freeze, we woke up, groggy and foggy in our clean white and silver habitrails. The rays of an unfamiliar sun made our eyes squint as we opened the ship's visor panels. As new as it was, it still felt enough like home. Even when you're asleep in your pod while the controls chart a path through the blackness for you, there's always this sensation that you can go a bit space-mad anyway, like you can feel the eyes of all those stars leering at you, an intruder trying to skate past their dominions. Shaking it off, we're pleased to see the readouts coming off the printer - oxygen and nitrogen and all the good stuff. It seems like all those engineers back on Earth really did their homework, because the system found us a viable place.

Suiting up, we all checked each other's helmet seals, valves and vitals. Can't be too sure, even with Earth science and the virtues of centuries of engineering prowess - if we stepped out and suffocated or vaporized it wouldn't matter then if you were Hawking himself. All the same, we were eager to see what happened, because why take the trip if you're not willing to open the door when you get there? As if he'd heard me ask this, rhetorical or otherwise, Koch chuckled for no apparent reason.

As the decom chamber hissed and spat, rudely reminding us that this was it, are you really sure, don't say I didn't warn you, our breaths hesitated in our earpieces as the first beams of that new sunlight pealed into our sterile cabin. Without thinking, or even feeling the weight of our atrophied bodies, we drifted out into a vibrant forest meadow, gloved hands out from our sides, softly touching strange flowers in pink and yellow hues that could only be described by a mind like Dali's. Off in the near distance, we could detect movement even if it didn't ping our sensors - the bushes that looked like swamp grass combined with some kind of fibrous moss swayed in a breeze before us.

Scanning the horizon led our eyes up, to the skyline. A few klicks away, a storm was coalescing, purple knots and rolling bedsheet textures shifted in a very dense cloud. Must have been electrical, because the lights on the back of Masters' suit started to blink out a bit. Wanting to be safe and not sorry, I touched my comm wristlet and asked Capozzi to do a deep scan with the meter reader. He was, like the rest of us, easily distracted by all the flowers, momentarily forgetting that he was anything but a man on another planet, not at all an astronaut with a master's in exometeorology.

Hearing my request, he complied absentmindedly and ran the sweep. The numbers pinged back on my visor overlay like a dot matrix laundry list. Koch always used to tell me I made the dumbest faces when I was reading off my visor - I'm sure all of us did though. That thing in the sky was most certainly electrical, and irradiated too, but thankfully our suits were built to compensate for such possibilities, so I made the temporary adjustments and sent the update out to the other three suits. They each briefly blinked an affirmative green before returning to their standard operation blues.

We pressed on, advancing slowly but steadily toward the clouds, along the way stopping to look at the weird curls the leaves and branches had grown into, doing doubletakes, continually re-realizing that these weren't just some mutated oddities on Earth, but new horticultures entirely. Tagg would most certainly have a field day with even a pocketful of samples, back home.

Home - a very far off place now, and would we ever really see it again? We all jumped at the chance to get away from the globe and all those politicians and corporate neckbiters, but now, light years away from it, it all seems so petty, easily forgiven and forgotten, simpler to rationalize and regret and rub the wound with the great "What if?" None of it mattered, we knew it might be good-bye forever the minute we stepped over the ship's threshold, but we did make it this far, and certainly that afforded us the right to now ask the question?

The first droplets of iridescent greenish rain speckled our helmets then, snapping me out of the nostalgic trance I'd slipped into. Masters lifted his arm to block out the sun that was now mostly behind and above us, to get a better look at the base of the clouds. Bright swirls of purples and deep dark blues flashed inside the dense mass, resembling veins more than electrical pulses, and prompting Koch to ask if this thing wasn't just a storm, but something alive? Capozzi snorted, his weatherman academic resurfacing: "Aren't all ecosystems alive?" "You know what I meant" Koch fired back. As if it wished to answer, we all quickly pivoted our heads upward to the mass as we perceived, not heard but felt, a voice:

< < <   W E   A R E   > > >
Capozzi dropped the meter reader, where it made a soundless and limp show of rolling into a thicket of angel hair grass that was a bright orange. No one said a word. What do you say when something can just manifest in your brain's thought process? Somehow, we all knew that it wasn't an imagined thing, but boy oh boy was it a thing. Before one of us could even react physically, our nerves flooded with seratonin in a way that could only be described as that first time you went to an all-night rave, times ten. I fell to my knees and didn't need to look at the others to know they did too. All those thoughts of home, second thoughts, warm days of childhood looking at Nat Geo docs and science books on a sun-kissed carpet, wondering what it might be like, they came washing back over me like the most irresistible drug I'd ever taken. A tidal wave of pure bliss, freefalling into a prism of orgasmic physicality and universal acceptance.

The purples and blues of the storm overhead inverted into burnt oranges and primary greens, nothing remotely natural but comforting and welcoming all the same. From beyond these sheets of color, dappling around us like ink drops in a vase filled with spring rain, something was singing to us. The more I tried to focus on syllables and words, the more it seemed to evade comprehension. We'd gone full-on Dave Bowman in ways that we could never have anticipated, it was just like all those old Twilight Zone episodes, where the Earthmen thought they'd worked out all possibilities and still their hubris managed to land them in surrealistic circumstances, well beyond their pay grades.

That question I'd asked myself came back in the midst of all the ululating, why buy the ticket if you won't take the trip? If I'd had any breath left in my lungs, I'd have laughed, but it was just another facet of the weird experience we were drawn into - I couldn't detect my breath, or my blinking eyelids, or even my heartbeat. It seemed as if I'd been plucked straight out of my body, and if I could be honest it didn't feel that bad, just different, like when you step into a pool expecting it to be colder and it just feels slightly less than warm. Easily adjustable, submissive and forgiving. I let myself fall further down, into whatever this place or time or event really was. The further I went, the less it mattered at all. The brass would have been pissed - "Stand up! Fire the rayguns! Get ahold of yourselves!" - but none of that was anything but noise. Let the brass come down here and take a sip of this cosmic smack and see how much they gave a fuck about a laser or a readings report.

Onward we drifted, and I say we because even now (or was it then?) I could feel all of us - Koch, Capozzi, Masters and myself - circling the drain of some great opening that was filling up with progressively brighter yellow light. It had us, whatever it was, there was no turning back now and this thing could have been an accretion disk for all we knew / we'll know. Everything was happening as and before and after itself, moments were swirling around us like displaced fragments of noise in a gigantic modem. Still, the brightness and yellowed hues grew, overtaking us, and I couldn't help but wonder if this was preferable to whatever afterlife awaited us back on Earth. Or was this our destination all along? Were we dying, being eaten up by some alien intelligence, digested with the most exquisite sedatives human brains could ever perceive? Once again, that singing voice came back, like a humming mother lulling a baby to sleep after a nightmare, and it seemed to be more my own this time, than any other voice. I could tell that we were not dying because the certainties were coming back to me from a time when and where all this had already come to pass. There we were - four silversuited Earthmen, waving through the surface of a pond to ourselves, still enthralled in this foreign baptism, being born and reborn and dreaming and waking and remembering all at once, again and again.

The shuddering ripples of the water's surface slowed eventually, as I realized that each new breath I inhaled made less of a movement before me. I reached out my gloved hand and instead of pushing through the surface, I splashed the water inches from my helmet, looking down at our reflection, prostrated and renewed at the water's edge. The storm had subsided, and we'd made it through, somehow, to this terminus point, but one glance back at the others was enough to tell me that it wasn't quite that simple. We'd swam like babies down a birth canal, or perhaps like dolphins in a stormy sea, wandering into deeper waters than we'd ever known, and emerging as something greater than the sum of our parts.

Koch heaved a sigh as he picked up his tablet recorder - "This doesn't make sense...Four days we've been recording telemetrics here, and my suit's chronometer says it's only been an hour. Something is fucked up." We all laughed with our eyebrows raised, seemingly in agreement with this assessment. I helped Capozzi back onto his feet, and looked past him into the distance, a silver capsule perched in a dripping green pasture, glinting under sun rays. "Let's get back to the ship."